So it appears, despite the dire cliff hanger from my last post, that I neglected to die. Feeling moderately more human, I bid adieu to the Airstream (which was cool and funky and all, but I had to use a bathroom inside the house, which was a major pain in my rear), and set off to explore the Texas Hill Country. But first! A few last tacos for the road! Breakfast tacos this time, from my new favorite Austin eatery: Trailer Park Torchy’s! The set up here is really cool at night, but my nighttime visit was the day I was MEGASTRESSED, so I didn’t get a good photo, but just picture multiple food trucks (including Holy Cacao!), picnic tables strewn under the trees, and strings of lights dangling in the branches, illuminating the whole enchilada . . .  errr . . . taco.

The jury remains out as to whether Annie prefers scrambled egg and bacon tacos to steak tacos. Further sampling will be required. 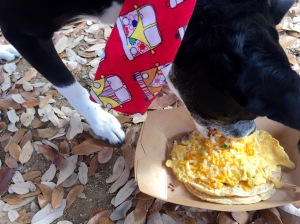 Oh, and one more quick detour! Our guide on the walking tour had mentioned a cool phenomena that only Austin has: Moon Towers!  These funny looking tall structures were originally erected in multiple cities across the country in the late 1800s. The towers loom 150 feet above the ground, and each has six super strong light globes designed to give the effect of moonlight illuminating the city streets. The bulbs were initially mercury arc lamps, so with the advent of inexpensive incandescent electric streetlights, the Moon Towers were mostly decommissioned and removed. From every city except Austin. The towers gained some bit of notoriety from the 1993 movie “Dazed and Confused,” when Matthew McConaughey’s character organizes a beer bust at one, but many local Austinites walk right by them every day and don’t even realize what they are. Again, nighttime pics would have been preferable, but the damn consumption prevented it. Alright alright alright… 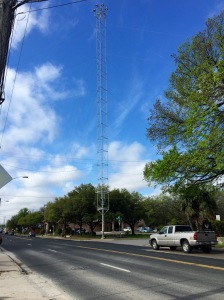 FINALLY, we have hit the road! The first order of business is to traverse the length of ‘Devil’s Backbone,’ a twisty-turny razorback ridge overlooking stunning vistas of the scrubby limestone hills. It’s not far from Austin, but at times can feel like you are in no-man’s land. 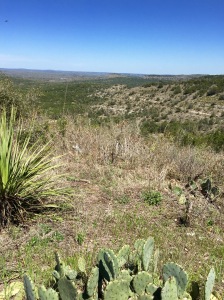 The drive winds through tiny Texas backwater hamlets in which the old courthouse still looms proudly over the town square, seemingly untouched by time, while at the shop across the street, you can buy your fill of modern bling. 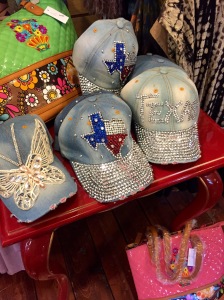 After tootling around for a bit, soaking in the gorgeous scenery on a perfect sunny spring afternoon, Annie and I pulled over at a scenic overlook to enjoy a picnic lunch. Our repast for the afternoon were the absofrigginlutely OMG AMAZEBALLS Czech pastry doohickeys called kolache. They look like an ordinary dinner roll on the outside, but INSIDE they’re filled with whatever yummy deliciousness your heart desires. We tried bacon and cheese, ham and cheese, and strawberry, and frankly I could live off of these entirely for the rest of my life and die a happy woman! 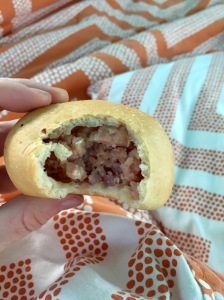 After lunch, and heeding the prodding of my dear friend Laura, we made a “quick” detour to a tiny little town called Gruene (pronounced Green). Gruene sits on the banks of the Guadalupe River (although many of the businesses which front the water won’t let you on their land without charging a fee).

The main crossroads is lined with historic buildings selling antiques, crafts, artwork, and old timey general store candies and treats. Annie even found a new butterfly to pose with! 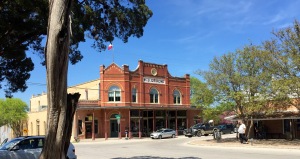 But by far the jewel in Gruene’s crown, the piece de la resistance, is Gruene Hall-Texas’ oldest operating dance hall, and the place where artists like George Strait, Loretta Lynn, and Lyle Lovett got their start. Stepping inside feels like stepping back in time with the high-pitched tin roof, open-air side windows, dusty wood plank floors, and vintage advertising signs lining the walls. The bartender was even kind enough to let Annie take a sneaky peek around.

The place was so cool, and the late afternoon so perfect, I knew I had to jettison all plans of continuing on to my chosen destination, and make a new plan that included seeing a show at Gruene Hall. No problemo right? Just a quick search for a nearby dog-friendly hotel, stash the pooch there, and back in time for dinner and some shopping before the show. I found suitable lodging on the internet quickly enough, but finding it in reality was another matter altogether. The GPS said it was seven minutes away. And then took me to a storage unit. I called the hotel and was advised it was “right next to the Chili’s sign,” so I plugged that into the phone and started anew. Only to end up in the heartbreak of a sea of hotels, none the one I was seeking. It took a pal in England to get me sorted and guide me to the other side of the giant highway. I still had one wrong turn left to make, and in the end it took me about 45 minutes for the alleged seven-minute trip. But with Annie safely settled at the La Quinta (and after a protracted period of standing outside the hotel room door waiting for the BARKBARK to subside), I rushed back to Gruene just in time for the start of the show. The band last night was The Georges, an excellent rockabilly band who play their own tunes as well as excellent covers of Elvis, Roy Orbison, and Waylon Jennings. The show was four hours long  and folks drifted in and out, danced if they felt like it, sipped their brews if they didn’t. Totally chill and totally awesome.

Which brings me to the latest installment of . . .

Meet Betty Jo. Betty Jo is 85 if she is a day, and she was cutting a rug like there was no tomorrow. I was there for over two hours, and while I can’t swear she danced to EVERY song, each time I looked at the dance floor she was on it. This photo was taken early in the evening, when there were only a few folks out boot scootin’, but she was still going strong even once the place was packed. And it’s blurry, just like every other picture I attempted of her, because she never stopped moving. You go Betty Jo! (Update: upon returning home, I learned that the most recent season of The Bachelorette visited Gruene Hall, and Betty happened to be on hand that night as well. She danced with one of the young suitors (who will be the next Bachelor) and even got interviewed on camera!) 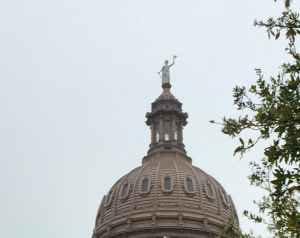 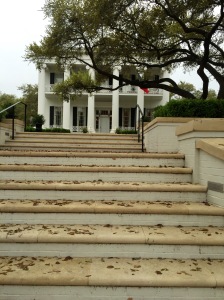 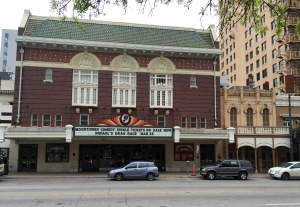 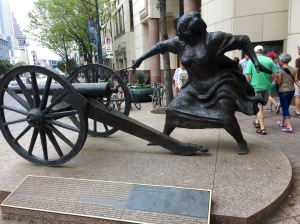 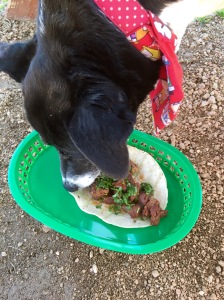